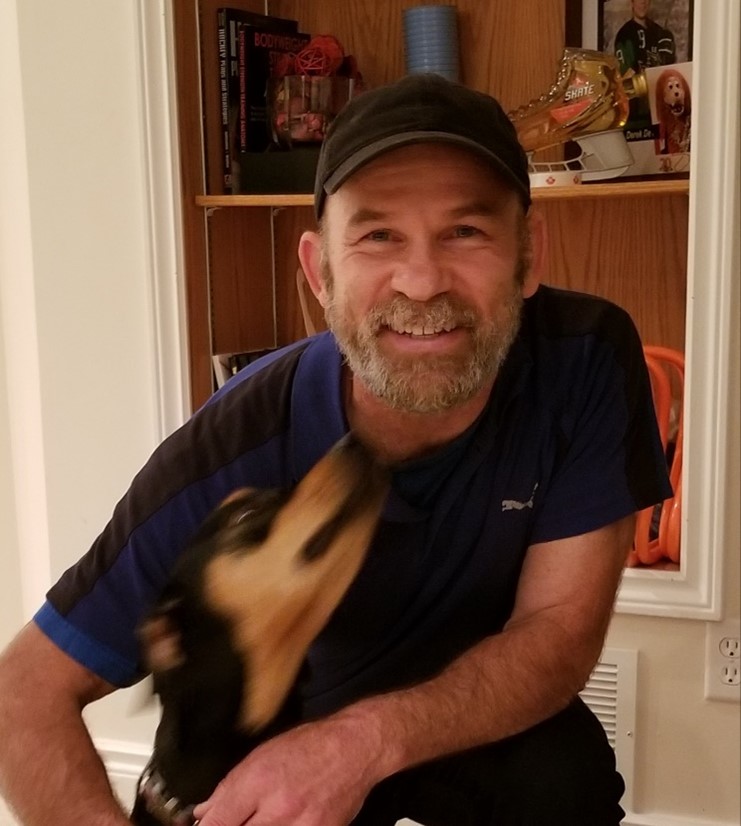 Hi, I am Mario De Marinis,  a recipient of the Terry Fox Humanitarian Award Program (TFHAP) of 1982.

I have recently retired from the Canadian Arm Forces as a Royal Canadian Electrical Mechanical Engineering (RCEME) Officer after 30 years of service. I am very proud to have served our great country and to stand strong with my military colleagues to protect the rights and freedoms that we enjoy as Canadians.  I have represented Canada’s interests in North Atlantic Treaty Organization’s (NATO) forums in the development of Standard Agreements (STANAG) that strive for common solutions to shared problems and leverage economies of scale and compliance with established standards among member nations that enable our collective defense and protection.  I have contributed to the war against al-Qaeda in Afghanistan as a technical investigator with the aim of improving Canadian equipment effectiveness mostly in the area of soldier survivability.  Following my retirement as a regular Force member of the Canadian Armed Forces, I am now working in a defense contractor capacity for the Department of National Defence.

Over many years, I have volunteered in many capacities mainly as a coach/trainer in sports such as Wrestling, soccer, and hockey.  I have gladly supported great fundraising efforts such as World Vision, Canadian Cancer Society, and Ottawa Hospital Research Institute (OHRI) for ten years alongside my wife Sheila De Marinis an employee of OHRI.

As one of the first recipients of the Terry Fox Humanitarian Award Program from 1982, my story is not like a lot of other recipients who were stepping out in ways to directly contribute to their communities in great humanitarian efforts.  My story is one of contribution and service to my family community during my last two years of high school (1980-82).  My family at the time included two younger sisters, Teresa (12) and Assunta (9), and younger brother Corrado (10).  I was 17. We lived on a hobby farm in North Gower, Ontario.  We had three older brothers and an older sister who were grown and had families of their own or living out of our home at the time.

In the winter of 1980 two years before the summer of 1982, my father Nicolas was diagnosed with advanced stages of lung cancer.  He was the only breadwinner in the household at the time and my stepmother Giuseppina was a homemaker for our household of six.

My father underwent cancer treatment throughout the summer of 1980 and had an operation in the fall of that year.  Unfortunately, the operation was unable to remove all the cancer around his heart and lungs, so my father required ongoing cancer treatment to slow the cancer.  Further, the operation was so invasive that the recovery from the operation alone was a long and enduring battle.  Following the operation, he was no longer able to work and required ongoing care and support, from medical staff during the many visits to the hospital and by us while he was at home.  We rallied as a family and all did our parts.  My two youngest siblings became more independent and helped out where ever they could.  Teresa became the main cook.  I got a second part-time job that paid a bit more money and took on a more leadership role in supporting my family and caring for my Dad!  As well, I was the only driver in the house to get us to appointments.  My stepmother Giuseppina who was currently in remission from breast cancer was a real warrior, despite her ailing health did her best to support and care for Dad as he became increasingly dependent on us throughout this time.  She also kept us on schedule and ensured appointments were not missed and that there was always food in the house.  We had wonderful moral support and assistance during the most difficult times from our community and our four older siblings.  I did my best to try to maintain as much as possible some sense of normalcy in the house, provide emotional support for my younger siblings, and to take things one day at a time, giving each moment of each day the best that we had to give and ensure we remained focused on school, other personal activities as could be managed.  I continued to pursue my favourite sport wrestling as it was the one thing that provided balance and normalcy in my life.

After a yearlong battle, my father passed away in the fall of 1981 on Oct 29.  It was at this time, that we came to learn that my Stepmother’s cancer had come out of remission and she subsequently died in the winter of 1982 on Feb 19.  Despite the unfolding of these events, the challenge was not over! The focus now was on my three younger siblings.  My stepmother’s final wish was that Teresa, Corrado, and Assunta not be separated!!  I promised her that I would not let them be separated!!  In the end, with the assistance of Children’s Aid, my second oldest brother Tullio, his wife Aline, and their two-year son, stepped up to adopt my three younger siblings so they would remain together.

I was so very fortunate back in the summer of 1982 to be one of the first Terry Fox Humanitarian Award Program recipients to receive a scholarship.  The Program had a huge impact on my life.  It did more than provide me an opportunity to get a post-graduate education (without which would not have been an option), it changed the path of my life at the time. In the summer of 1982, I was invited to participate in a wrestling camp hosted by Mount Allison University by then wrestling Coach Doug Mitchell.  The wrestling camp plus an acceptance to attend Mount Allison University in the fall of 1982 gave me a renewed appreciation for life and faith with like-minded young people enjoying the pursuit of education, growth, and friendship!  Upon my return from the camp, I was determined that I would attend Mount Allison University in the fall. I just did not know where I was going to get the money to attend as the cost of tuition and room and board was well beyond my means or that of my family.  I worked tirelessly the remainder of the summer to save as much money as I could but fell short by more than half of what I needed. I started to think that I might not get the money I needed.  It was about this time around mid-August, that I started getting phone calls both at home and at work from someone who wanted to talk to me directly and was not willing to divulge any news without talking to me directly. Following two or three days of this, I returned to the warehouse where I worked after a pickup run of road construction safety signs (I worked for Beacon Lite Limited). My boss tells me that I am to stay put as someone is coming down to see me and talk to me.  I had no idea who this could be. I was not even aware of the TFHAP at the time.  My application to the TFHAP was submitted on my behalf by my high school administration staff and high school Coach Bill Turchan.  Well, I waited for this visitor, wondering in complete dismay who this was and what was the message they had to tell in person after several days of trying to connect with me.  Meanwhile, I am thinking up the worst-case scenarios.  What had I done!!  Then out of the blue, Dalton McGuinty the Executive Director of the TFHAP pulls up in his car, gets out, with a booming voice, calls out for me, and proceeds to walk right up to me and give me this demonstrative handshake and look in the eye.  He proceeded to tell me that I was one of 8 recipients of the TFHAP to be awarded a scholarship to attend university.  I could not even comprehend at first the words he was saying. I am sure he had to tell me three times!  Well, I eventually got it!!  I was going to university despite all odds.  I attended Mount Allison University through the grace of God and the personal sacrifices and selfless act of a great Canadian Icon and hero and the program created in his honour.  Attending Mount Allison was an amazing experience, the bonds of friendships, academic growth, and enlightenment.  I spent four great years at Mount Allison University, received two degrees, a Bachelor of Science Degree with Engineering Certificate, a Bachelor of Education Degree, attained Deans List two of my four years, participated in the 1983 Canada Games held in Saguenay-Lac-Saint Jean, Quebec, achieving a Bronze Medal for New Brunswick and a CIAU Bronze Medal during my tenor at Mount A and received a Mount Allison University Scholar-Athlete Award!

Also during my time at Mount Allison University and time in Sackville, New Brunswick, I was blessed with the love and support of strangers, people like Wallie and Norma Sears of Sackville New Brunswick, and Margaret Best of Stanley New Brunswick, who became great parental figures and lifelong friends.

I could give and give and not feel I have given enough for all the beauty and grace that I have received in my life, so I give thanks and appreciation every day for my family and loved ones and all these blessings that I have seen in my life and continue to give back!  My latest activities include participating in the Rotary Wheels for Learning Program, an international humanitarian project led by the Rotary Club of Gravenhurst, Ontario where we are collecting money to buy and distribute bicycles to impoverished children in rural families of Cambodia so they may have the opportunity to attend schools! As most rural children would have to walk great distances to schools and would simply not attend without the use of a bicycle!  In addition, I am organizing a Food drive as part of my son’s Midget AA Minor Hockey team, the Gloucester Rangers with the aim of encouraging some friendly competition to raise the most funds and food among all the teams in the Midget AA league to feed those in need in our community!

Thank you for the opportunity to celebrate with and contribute to the Terry Fox Humanitarian Award Program community in the celebration of the 40th anniversary of the program.